Considering a home with a long commute? Don’t drive yourself crazy

A long commute from home to work or school negatively affect you in three ways:

Long commute should not be taken lightly

When you select your next home, you’re choosing more than a roof over your head. You’re getting neighbors, amenities, a lifestyle….and a commute to work or school. And that can influence your safety, quality of life and bank balance more than you think. Before moving, ask yourself, “How long is my drive to work?”

According to Psychology Today, commuting is “one of life’s least enjoyable activities.” Researchers in Zurich studied the effects on commuters’ mental health and determined that a long commute creates “stress that doesn’t pay.” 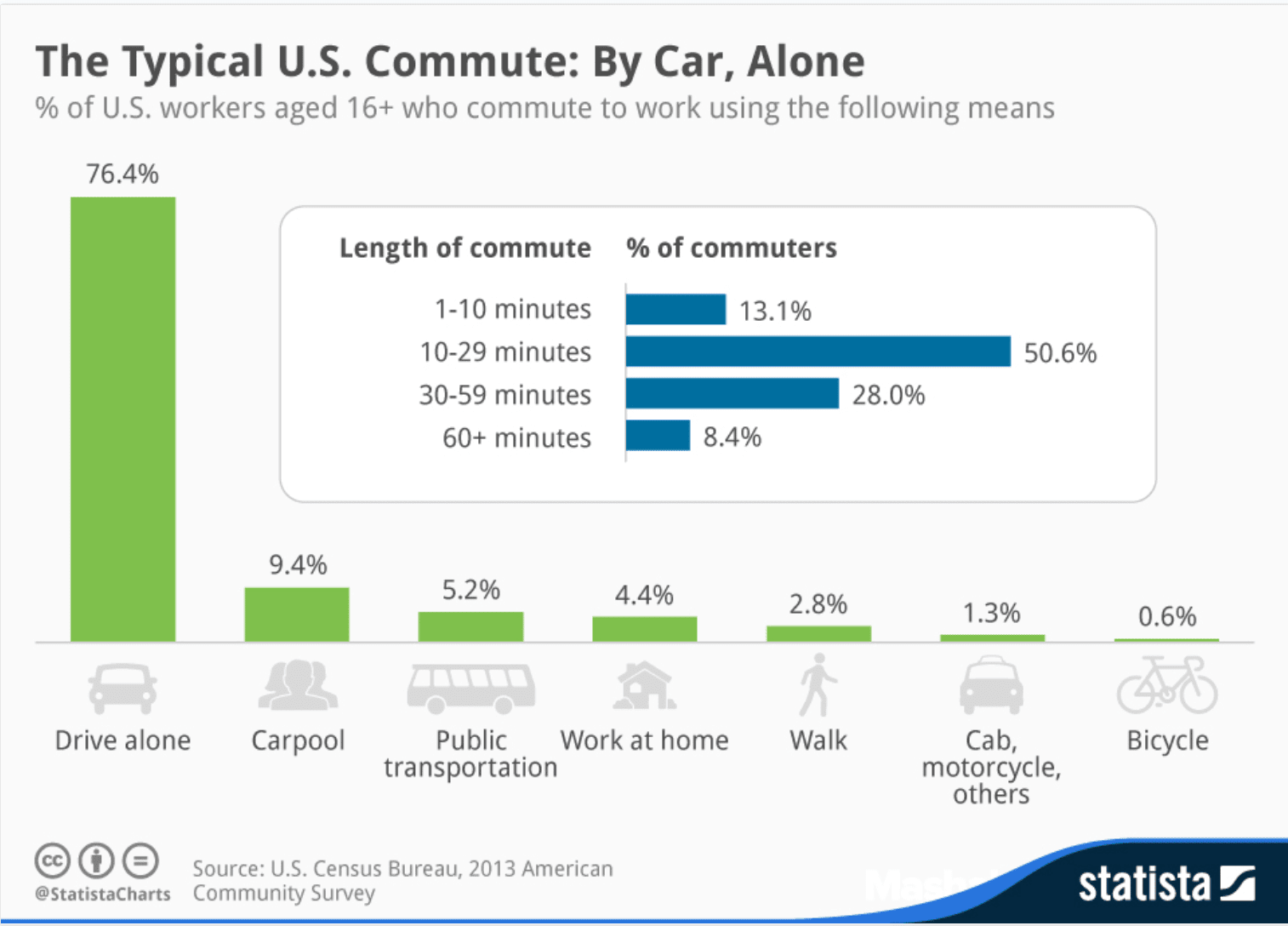 Driving to work is more stressful than public transport, researchers found. It jacks up blood pressure, contributes to muscle and joint pain, creates frustration, anxiety and hostility. Commuting can start and end your day with a bad mood and over time worsens cognitive performance.

Hate traffic? These commuter-friendly metros might be a dream come true

Commuting can also take time away from relationships with spouses, family, and friends. Not healthy.

Commutes are not getting better in most of the country. The average American commute takes 25.4 minutes each way. But larger metropolitan areas impose an extremely long commute, swallowing up three hours a day — almost a fifth of many peoples’ waking hours!

Why buying a home near your favorite grocery store matters

San Francisco, New York, and Washington D.C. have the highest percentage of these super-commuters. Be aware of this when moving to urban areas. Many new bottlenecks are popping up every day as employees flock to recently-established tech centers like Bellevue, Washington or North Carolina’s Research Triangle.

Here are other towns with renowned drive times, according to Business Insider, and the average hours spent driving to work per year:

The hidden costs of a long commute

The National Association of Realtors (NAR) recommends that its member’s research commutes in their areas and make sure prospective buyers understand them before purchasing homes. Often, the savings realized by choosing suburbs over city result in higher costs overall.

A study by the Urban Land Institute concluded that when you add transportation costs to housing expenses, those in the suburbs paid more than those living closer in, even though their housing costs were lower.

“What we have too frequently thought is that you can get an affordable house if you drive until you qualify, but if you then overlay the costs of transportation, they get very high,” said Henry Cisneros, an Urban Land Institute board member and former Secretary of Housing and Urban Development.

If the reason you want to move an hour from your workplace is to rent or buy a nicer place, calculate the commuting costs — extra gas, vehicle maintenance, even insurance — before you choose a neighborhood.

Most experts claim that 30 percent of your gross (before tax) monthly income is a reasonable housing expense, but adding a distant commute can double that cost. In fact, a quarter of the communities in the Urban Land Institute study area had a combined housing and transportation cost exceeding 58 percent of their median household income!

Before committing to a lease or a home purchase, give your prospective commute a dry run during the time you’ll be driving. And see if there are options for public transportation, which can be faster, less costly, and less stressful.

If you’re comparing two locations, assign a commuting cost to each and add them to rent or mortgage to see which location is the better deal.

How to know that you’re getting a good house

Be sure to give your time some value. Extreme commuters burn up at least 15 hours a week getting to and from work without getting paid for it. You may also want to determine ahead of time — before you begin your home search — what makes an unacceptable commute, and pass on those places.

Many rental or real estate search sites allow you to search for homes within a certain commute or mileage of your work or school address. That keeps you from wasting time on unsuitable places.