How much do real estate agents make from my home purchase? And who pays? 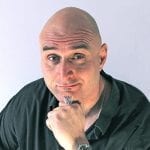 How much do real estate agents make on a sale? A real estate commission depends on the type of services provided, the actual agreements between the parties involved, and on local custom. The most common figure is 6 percent.

How much do real estate agents make? That depends

A real estate agent usually doesn’t earn an hourly wage. Instead, most make their income only after a home has been sold. This income is in the form of a commission, which equates to a percentage of the home’s selling price. So the answer to how much do real estate agents make will depend on how much the home sells for.

Who gets that money and who pays

But that commission money doesn’t go only to your agent. It’s typically split 50/50 between the buyer’s agent and the seller’s agent (also called the “listing” agent).

The good news for buyers is that they don’t pay this commission fee. The seller pays the commission at closing. It then gets split up between the buyer’s agent and seller’s agent.

How a commission rate is set

Realtor Kevin Deselms says the commission percentage is based on several factors. This can include local market conditions.

“But the amount is often based on negotiation between the seller and the listing agent or the agent’s brokerage,” he says.

In other words, the commission is negotiable. And some agents are willing to give discounts. In fact, three out of five sellers get a discount on their agent’s commission.

“Commission rates have been trending down in recent years,” says Buttner. “This is mostly because of the internet and technology. The MLS now automatically syndicates the listing out to real estate websites like Zillow and Realtor.com. So a listing agent’s job is easier.”

Discounts are given for many reasons.

“Say, for example, a client is selling one house and buying another using the same agent. In this case, the agent is more likely to offer a discount,” says real estate attorney/Realtor Bruce Ailion. “Or say the property is in a hot market and competitively priced. It might take less work to sell. That could lead to a discount.”

When the commission is too high

If a seller thinks the commission rate is too high, he or she can ask for a lower rate.

“A 6 percent commission can often be negotiated down to 5 or even 4.5 percent. This will depend on the selling price of the property,” says Buttner.

Sellers who can’t get the commission lowered have options.

“If the agent won’t budge or the customer doesn’t like it, they’re free to look elsewhere,” says Ailion.

If high fees are a concern, sellers can shop around with different agents and brokerages.

“There are also flat-fee brokerages and MLS companies. Or an ala carte brokerage may be a good option,” says Ailion.

Why an agent is worth that commission

Agents believe they are worth the commission they charge.

“Buyer’s agents work much harder for their money,” says Buttner. “They often work with a particular buyer for months. They show them multiple houses and make many offers before something sticks.”

For this reason, the buyer’s agent sometimes makes a bit more than the seller’s agent.

“A lot of brokerages that charge less than 6 percent will still offer the buyer’s agent a full 3 percent,” Buttner says.

Remember that an agent’s hard work is not rewarded with every client.

“Not all transactions result in them getting a commission,” adds Ailion. “So the costs associated with transactions that don’t close must be factored into those that do.”

Ailion understands that 6 percent may seem high. But consider all the unpaid work that goes into being an agent.

“Imagine if you ran a McDonald’s. But you only collected after your customers ate the meal and were 100 percent satisfied. The cost of burgers and fries would have to be much higher,” says Ailion.

You get what you pay for

“Like a good doctor or lawyer, I believe a good agent is worth their fee,” Ailion says. “You’re dealing with likely the most significant asset in your life. So choosing the best representation makes sense.”

Consider, too, that agents say they are held to higher standards than many other pros who earn commissions. This is especially true of Realtors.

“Many agents spend so much time as sole proprietors of their own businesses. We also have continuing education requirements that must be met to renew our licenses,” says Realtor Kevin Deselms.

When you hire a lawyer or surgeon, “you’re not concerned with the hours spent on the task. You want the best odds of experiencing the most favorable outcome. That’s how people should choose their real estate agent,” Deselms says. “Who do they believe will give them the best result? In most cases, this won’t be a discount broker.”