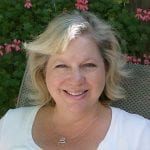 When mortgage rates are rising, it may seem crazy to consider a 5/1 ARM (adjustable rate mortgage) or a 15-year fixed-rate loan. After all, shouldn’t you lock in the lowest possible rate for the longest possible term?

For some borrowers, though, an ARM or a shorter-term loan could be the best way to get a lower mortgage rate now.

While 30-year fixed rates are near 5%, these other loan types are solidly in the low 4s.

Ready to save some money on interest? Then check out an adjustable rate or shorter fixed rate loan.

While we’ve gotten used to better-than-great rates in recent years, the low-rates party stopped in 2016. Since then, rates have see-sawed higher.

Rates are now at around a five-year high. But they are still well below the highest mortgage rate of 18.45 percent in October 1981 and even below the annual average of 5.87 percent in 2005 at the height of the real estate buying frenzy of last decade.

Still, borrowers in 2020 need to take a new look at their mortgage loan options and consider which loan works best for their refinance or purchase. In a low-rate environment, more borrowers choose fixed-rate loans.

But ARMs comprised 8.9 percent of all loan applications in November 2018 according to data from Ellie Mae’s Origination Insight Report. That’s more than double the usage in early 2015 when only around four percent of applicants chose an adjustable rate. Fixed rate mortgages were in the high 3s at the time.

Before the housing crisis, there were some pretty creative ARMs out there. You could find loans with rates that changed every month. Some even permitted loan balances to increase each month.

Today’s ARMs are much safer. These loans begin as fixed mortgages for a period lasting three to ten years, and then they convert to adjustable loans for the remaining mortgage term.

Today’s ARMs are much safer. These loans begin as fixed mortgages for a period lasting three to ten years, and then they convert to adjustable loans for the remaining mortgage term. The loans are basically a “hybrid” between a fixed and adjustable rate mortgage. Hybrid loan products begin resetting once the introductory period expires, but rate increases are controlled by “caps.” (More on caps later).

The starting rate for a 5/1 ARM is generally about one percent lower than similar 30-year fixed rates. Its interest rate adjustments depend on several factors:

One common 5/1 ARM is based on an index called the 1-Year LIBOR. As of this writing, that index is 3.05 percent. If you had a 5/1 ARM with a 2.75 percent margin (this is fairly typical), and it were adjusting today, your new rate would be 5.8 percent.

But there’s more to it than that. There are rules that restrict how much your rate can adjust. Imagine that your starting rate was 4 percent, and that was fixed for five years. Now, your 5/1 is adjusting for the first time.

Your rate started at 4 percent, which means right now, it can’t go higher than 6 percent. Over your loan’s lifetime, its rate can never exceed 9 percent.

As of this writing, Freddie Mac’s average 5/1 interest rate is 4.0 percent.

A 5/1 ARM can work out in your favor under the right conditions. Here’s when a 5/1 ARM might be a good idea.

The advantage of a 5/1 ARM is that during the first phase, you get a much lower interest rate and payment. If you plan to sell in less than six or seven years, a 5/1 ARM could be a smart choice. In a five year period, that savings could be enough to buy a new car or cover a year’s college tuition.

If you plan to sell in less than six or seven years, a 5/1 ARM could be a smart choice.

Keep in mind that the National Association of Realtors (NAR) pegs the average time owners keep their properties at about seven years. Younger buyers sell sooner, and older ones tend to stay longer.

The primary disadvantage of an ARM is the risk of interest rate hikes. For example, it’s possible that the 5/1 ARM with a 4 percent start rate could (worst case) increase as follows:

This doesn’t mean your ARM will increase; it means that it’s possible.  Longforecast.com, for instance, forecasts that at the end of 2020, the one-year LIBOR will hit 5.5 percent. If you have a loan adjusting at that time, and it has a 2.75 percent margin, you could end up at 7.75 percent — unless you have caps that will keep your rate lower.

There’s another way to secure a rock-bottom interest rate if you can afford higher payments. The 15-year fixed mortgage generally carries an interest rate that’s similar to that of the 5/1 ARM. And unlike the ARM, the interest rate is fixed for the entire term of the home loan.

The catch? You get half as much time to clear your loan balance, so your monthly payments are higher. But while your loan gets retired in half the time, your payment is NOT twice as high. Not even close.

Currently, Freddie Mac’s average rates are as follows for a $300,000 loan:

The lower interest rate keeps your 15-year payment much lower than twice the 30-year payment. In fact, at today’s average Freddie Mac rates put principal and interest payments as follows:

Clearly, the disadvantage of a 15-year loan is that it can be more difficult to afford the higher payment.

If you plan to keep your home (and your mortgage) for just a few years, the 5/1 ARM may be a smarter choice. Its interest rate can be slightly lower than that of the 15-year loan. Plus, you have the option of making a higher payment when you want to and can afford it, but you’re not locked into an obligation that might be unaffordable.

If you plan to keep your home for a long time, and can comfortably afford the higher payment, the 15-year loan could be the better option.

Before committing to a higher loan payment, however, examine your finances and make sure you’ve done these things first:

As always, it’s essential to compare loan terms and rates based on your individual circumstances and long-term financial plans.

Rates for 5/1 ARMs and 15-year fixed loans often track each other fairly closely. Be sure and get quotes for both programs when you contact competing lenders for mortgage quotes.