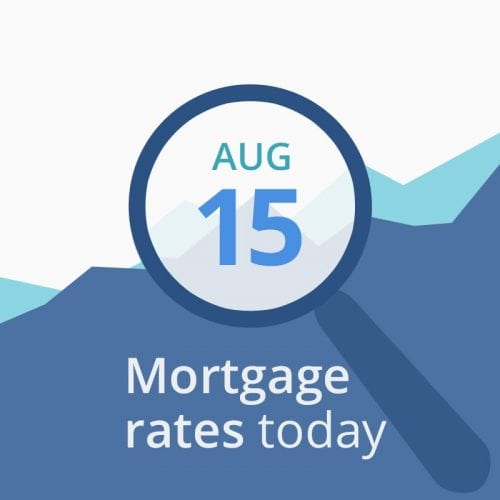 Average mortgage rates today, except for two FHA programs, are unchanged from yesterday. This is surprising, given that Retail Sales from the Commerce Department blew away analysts’ expectations, rising .5 percent instead of the predicted .1 percent. However, this was somewhat offset by the failure of Industrial Production to live up to expectations, coming in with a .1 percent increase when experts predicted .3 percent.

In addition, the National Association of Home Builders (NAHB) survey of its members concluded that home builder confidence hit its lowest level this year, mostly due to fears related to costs resulting from the trade war. That’s bad for the industry and probably not great for consumers either.

Finally, Turkey’s embattled currency continues to destabilize foreign investment, and US Treasuries and mortgage-backed securities are still safe havens. That’s keeping our bond prices up and interest rates down.

Rates Below Are Averages. Get Your Personalized Rates Here. (May 26th, 2020)

Today’s data are mixed but mostly favorable for mortgage rates.

If I had a loan in process and some tolerance for risk, I’d be inclined to float a day or two if I could get a better deal (15-day instead of 30-day, for instance) by doing so. But locking in today is also a good decision because today’s mortgage rates are so favorable.

In general, pricing for a 30-day lock is the standard most lenders will (should) quote you. The 15-day or 7-day option should get you a discount of about .125 percent, and locks over 30 days usually cost more.

In a rising rate environment, the decision to lock or float becomes complicated. Obviously, if you know rates are rising, you want to lock in as soon as possible. However, the longer you lock, the higher your upfront costs. If you are weeks away from closing on your mortgage, that’s something to consider. On the flip side, if a higher rate would wipe out your mortgage approval, you’ll probably want to lock in even if it costs more.

Wednesday and Friday are the most important days for economic reporting. Anything indicating increased consumer activity or confidence is bad for mortgage interest rates. The reverse is also true. And when actual figures exceed analysts’ expectations, rates can increase. When actual numbers fall short, mortgage rates often fall.