Small house, smaller down payment: how to get the home you want as fast as possible 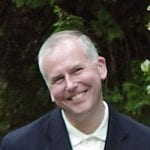 When looking for a home you can afford, it’s okay to think small.

Small house movement — something for everyone

Google “small house” and you’ll likely get more than a billion hits. The movement advocating we live in smaller homes is growing more popular all the time.

And that makes sense because, compared to an average American home, a small house brings lots of benefits.

It typically causes less harm to the environment. It costs less to buy and run — from property taxes and homeowner insurance to heating/cooling costs and maintenance and it’s way easier and cheaper to furnish and to keep clean and in good condition.

You may not have noticed, but American homes have been growing fast over the last century. According to PropertyShark, the average home built in this country in the 2010s is 74 percent bigger than one built in the 1910s.

There are now fewer people in each home and that means the space each person occupies has more than doubled.

When the American Enterprise Institute looked at the figures, it studied a shorter period: 1973-2016. At the start of that timeframe, occupants of a newly built home had on average 551 square feet each. By the end, just 43 years later, each took up 1,058 sq.ft.

Somehow, we’ve come to see supersized homes as desirable, just as many of us prefer our McDonald’s meals supersized. But neither may be good for us — or for the environment.

Of course, nobody wants to feel cramped, any more than to feel hungry. Today’s small house designs make the most of limited space and many who live in them report they’ve become happier — and wealthier.

Downsizing — and “rightsizing” from the start

The idea of older people downsizing has been around for a long time. Many reach a stage in their lives when they perceive all that excess square footage as a liability rather than an asset.

Yet many millennials seem resistant to the idea of “rightsizing” when they buy their first homes. For them, it’s a family-sized house or nothing. And that applies, even if they’re currently only a couple or a single person.

Presumably, they’d argue they want a home that will meet their long-term needs. Why, they’d ask, buy something you’ll outgrow within five or 10 years? And that’s a legitimate point.

After all, moving home is expensive and disruptive. So why not buy one that’s big enough to suit you decades to come?

However, Americans move on average 11.3 times throughout their lives. That’s according to fivethirtyeight.com’s calculations based on U.S. Census data.

Finding a bigger place to accommodate a growing family is only one among many reasons people have for moving. Others include:

No matter how sure you currently are your first home will meet your needs for decades, events have a nasty habit of overtaking you. And the chances are, you’ll have moved anyway in seven or eight years.

Down payments a self-built barrier

When the Urban Institute published “Barriers to Accessing Homeownership” in November 2017, its findings surprised few. The biggest barrier, cited by more than half the survey’s respondents, was saving a down payment.

Some of that is down to the fact that saving is a tough process. It may be a result of widespread misunderstandings about how much is needed for a down payment and how much help is available (more on that below).

It could also be because would-be homeowners often want to buy outsized family homes. And those are very expensive.

Modest homes and the small house

By some definitions, a small house is one that has 750 or fewer square feet.  Even those who find the prospect of living in that sort of space unattractive need not get hung up on size.

Few first-time buyers need close to 2,000 square feet, at least at first. A more modest home of 750-1,250 square feet could suit most for many years.

The key point here is that a smaller home nearly always means a smaller down payment — and a shorter wait before you’re ready to buy.

Remember: in most markets waiting longer than absolutely necessary see you losing money. Not only must you keep paying rent that’s probably rising but you’ll also likely struggle to make your down payment savings keep pace with home price inflation.

Home price inflation is your enemy

Now, this next bit depends on where you’re planning to buy because if that somewhere has a stagnant or declining property market, you’re going to be in no rush to buy. Heck, if home prices are actually falling, you may be better off renting until they begin to rise.

Thankfully that’s the case in a relatively small number of localized markets. In November 2017, all mainland states had some level of inflation in home prices, according to CoreLogic.

Problems arise in states like Washington, Idaho, Nevada and Utah, each of which saw home prices rocket by more than 10 percent in the 12 months leading up to that November.

Now it’s true that home price inflation is forecast to slow in 2018. Even as a national average it’s still likely to exceed wage inflation.  That means saving for a down payment could become yet more challenging for most who want to be first-time buyers.

Are you sold on scaling down your dream home yet?

That’s simply untrue. Many mortgages backed by the government or Fannie Mae or Freddie Mac require a minimum  3.0 percent or 3.5 percent down payment. Some require none at all. Learn more at “Low- and No-Money-Down Mortgages For 2018.”