Climbing minimum FICOs leave some out in the cold

In some parts of the country, it’s harder to rent an apartment than to buy a home – especially if you’ve got a less-than-perfect credit score. According to new data from RENTCafe, renters need FICO scores as high as 737 to secure an apartment in today’s market.

It seems Boston landlords have the highest credit score standards. According to RENTCafe’s data, the average FICO score on approved rental applications in Boston is 737 – higher than any other city in the nation.

San Francisco renters have it hard, too. Renters in the Bay Area need a score of 724, while those in Seattle need a 711. Renters in Minneapolis, Philadelphia and Oakland, California, need 700-plus scores as well. 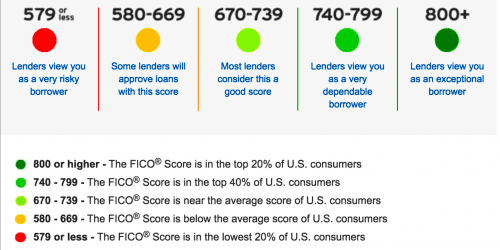 Those numbers are growing, too, according to RENTCafe.

“Rental applications submitted nationwide show that the average credit scores of those approved for an apartment lease is on the increase, up 12 points from 638 in 2014,” RENTCafe reported.

Though these stringent credit standards are likely to protect landlord investment, they could impact occupancy levels as well. The Federal Housing Administration offers a low down-payment loan program for home buyers with a credit score of just 580. That’s more than 150 points below Boston rental requirements.

Buy or rent? It could be more expensive to rent in 2017

Considering the FHA’s program requires just 3.5 percent down, homeownership could be a better option for many Americans.

Are you tired of running the rent race? Compare several quotes from competing mortgage lenders in minutes.