If you’re one of the many Millennials who think that 15-20 percent down for your first home is a MUST, you might want to keep reading. Loftium, a new startup out of Seattle, Washington, is changing the way we look at the home-buying process and down payments with the help of Umpqua Bank and Airbnb.

How does Loftium work?

So, it seems like you’ve gotten a lot of media attention since the launch.How have things been since then?

Adam Stelle: It’s been crazy, but a good crazy. Waiting for regulatory approval to finally launch was tough, but there is a clear need for this.

Yifan Zhang: We’ve been working on this for about a year, and the level of demand has been incredible. More demand than there is supply in Seattle, but there have been outside interest as well.

I can imagine all the emails and calls coming in. For those reading this who don’t know what Loftium does, can you explain it in 140 characters or less?

AS: Loftium gives down payments for a share of your Airbnb profits.

YZ: Same. We give you a down payment for your home. You just have to Airbnb a room in exchange.

I know the Airbnb part might scare a few people, mainly because it deals with strangers. How did that concept even come together, adding Airbnb into the process? Aren’t there some (Washington) state restrictions about Airbnb?

AS: There’re different ways you can be an Airbnb host without having to feel like you’re doing too much. We put the process together and try to make it as easy as possible for people to manage. The concern is that people will buy the property, then lease it out on Airbnb without actually living there. We take the opposite approach, where the benefits come to the person living in the home, versus the person who just owns it. We don’t want to displace local owners.

YZ: I wanted to be an Airbnb host for a while, but I would always get shot down by my landlords because I was renting. I decided to purchase a property so I could host part of it out, so I bought a townhouse, and rent out the downstairs. Doing that helped pay for my mortgage which was one of the biggest difficulties at first for me.

Most would say that this is kind of a Millennial-focused concept. That being said, what are some of the pitfalls or misconceptions a lot of Millennials have when it comes to Loftium and the home-buying process? 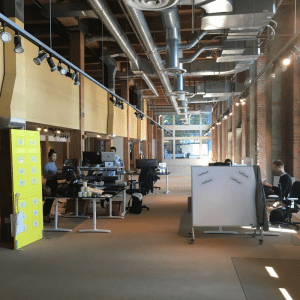 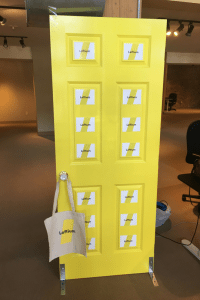 YZ: Misconception #1 would be that you don’t need 20 percent down to buy a house. Misconception #2 is that a lot of people think that this is a loan, but it’s not. Your mortgage is your loan. This is about profit sharing in the home by splitting the revenue that your home produces through Airbnb. If you’ve never stayed in an Airbnb you probably won’t get it.

AS: Like Yifan said, people are  brought up believing you need 20 percent down. Most people don’t take the time to do the research on the numbers to get the best rate or deal. That’s a lot of work! Most don’t know all the info needed, and that kind of goes into the Airbnb too. You don’t have to be a bed and breakfast like some would assume, there are different ways to be an Airbnb host.

So this is real, right? It’s not a scam? I sure you hear that all the time, or have received some sort of “shade” about your business model or the concept. How do you handle that?

YZ: If you don’t understand the need, you won’t understand Loftium. People who acutely know the pain of down payments, that’s our target. The only catch in the process is very upfront. You need to put it on Airbnb. It’s a passive income stream, but if you’ve never used Airbnb, you probably don’t get it.

AS: The people who think it’s a gimmick are usually so far away from the problem that the concept doesn’t make sense. A lot of the times, it’s the older generation who already own their home. Some look at it as an opportunity to build backyard cottages or believe that this is something they can do.

So what do you need to qualify; is it pretty hard? I’m assuming it’s probably your basic requirements.

YZ: Actually, not a whole lot (laughs). You need at least 1 percent down cash payment and you must qualify for a mortgage through Umpqua Bank. The home must be your primary residence, within Seattle limits, and you have to be willing to take your financial future into your own hands.

Any thoughts on expansion? I know it’s early, but I assume that there are plenty of places that could use something like Loftium — mainly California and New York. Have other states reached out?

YZ: Eventually, we want to expand, and the model is very scalable. But we want to focus on our Seattle goals right now of 50 down payments.

AS: The model was designed to be scaleable, but we’ll probably focus more on smaller cities first once we decide to expand. That may help build some of the demand but I don’t see that happening at least until some time next year.

I know it’s only been a year, but it sounds like you two have gone through a lot so far. What would you say has been the most challenging part of this entire process?

AS: Probably around consumer education. This is a new concept so people need some time to understand how it works. Like Yifan said if you’ve never been an Airbnb host, this may not make sense to you. We like to think we activate people who assume they can’t buy a home into actually getting it done.

YZ: I have my answer, then the answer I’ll give you (laughs). I would say undoing a lot of the misconceptions in the mortgage industry. We spend a lot of time educating others on how the process works. Most think that Loftium is a loan, rather than a partnership. This is not a loan! 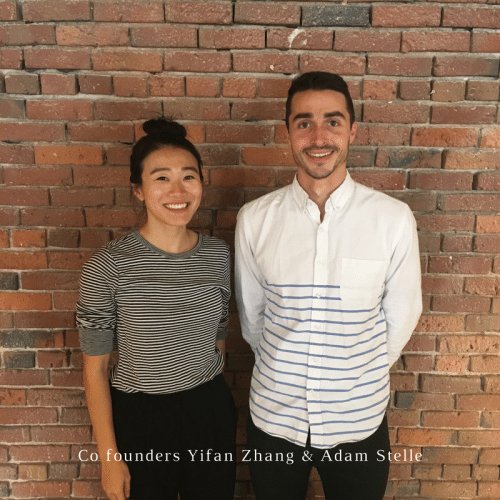 I saw you have some contest running right now that the first couple people who purchase a home with the help of Loftium, will have their place furnished. Is that right?

YZ: Well, not the entire home furnished. The first 10 people that purchase a home, we’ll not only provide the bedding for that Airbnb room, but we are going to furnish it as well. Anyone who’s bought furniture before knows that’s not cheap. But, that’s our way of saying thank you to them.

Is there anything else you’d like to let the people know? Anything insightful or witty.

YZ: You can have a home in this city. You don’t have to trade your time for the dream home you want.