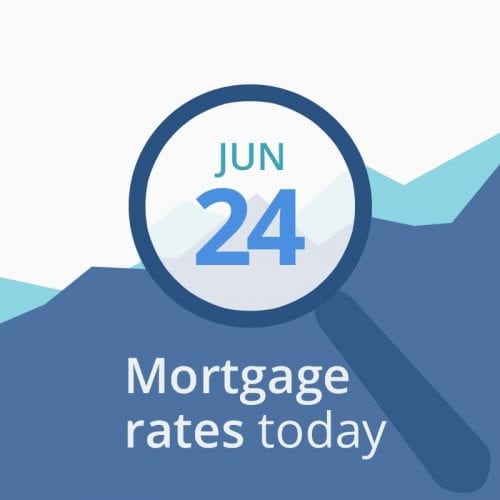 Average mortgage rates rose on Friday, as we predicted. But the increase was tiny. Leaving aside Thursday, that average is currently at its lowest since November 2016, according to Mortgage News Daily.

This week has the potential to bring more reductions or sharp rises, depending on how it plays out. President Trump is due to have trade talks with his Chinese counterpart on Friday or Saturday. Iran remains not only a conflict flashpoint but an economic one, with the White House promising to unveil further sanctions later today. And some important economic releases are scheduled. Will you lock in an ultra-low rate now or gamble on events and data generating further falls?

The data below the table are indicative of mortgage rates falling today. However, events might yet overtake that prediction.

First thing this morning, markets looked set to deliver mortgage rates that are lower today. By approaching 10:00 a.m. (ET), the data, compared with this time on Friday, were:

It might turn out to be a better day for mortgage rates.

Scheduled economic reports mainly grow in importance as the week progresses. Tuesday’s consumer confidence index can be influential. But you have to wait until Thursday (gross domestic product (GDP) revision) and Friday (inflation, personal incomes and consumer spending) for the key ones. Of course, any economic report can move markets if it contains sufficiently shocking numbers.