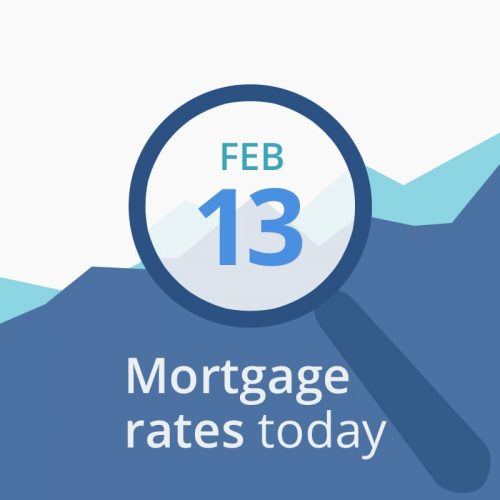 Instead, we got no increase in overall inflation, while the Core rate, which leaves out volatile food and energy prices, rose as expected, .2 percent. And this is why rates barely budged this morning.

These rates are averages. Click here to get your personalized rate now. (Feb 24th, 2020)

Today’s financial data are mostly neutral-to-negative for mortgage rates. News of a signed deal to end the possibility of a government shutdown could push markets and mortgage rates up, should it occur.

The decision to lock or float is complicated when rates seem stuck or moving aimlessly. However, in the short-term, the trend has been upward. Homebuyers with higher debt-to-income ratios should be more inclined to lock, because higher rates could kill their mortgage approval. If you’re refinancing, that’s less critical and you may be able to gamble and float.

Many reports this week are marked “DELAYED” in MarketWatch’s economic calendar. This has become a normal occurrence since the government shutdown began.