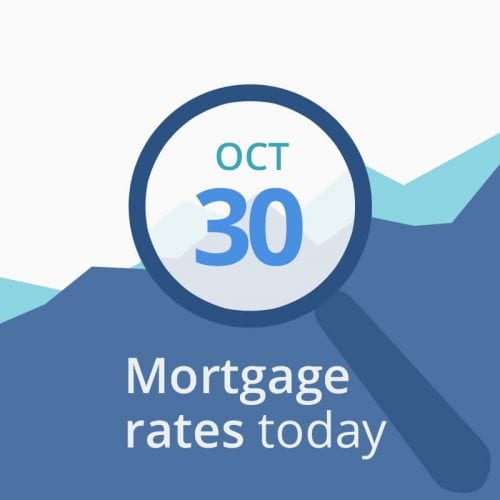 Average mortgage rates today rose because of some unexpected news. This morning, we received very important information in the form of the Consumer Confidence Index for October (highly important, expected to fall from 138.4 to 136.5). In fact, the index increased to 137.9.

In addition, Case-Shiller released its Home Price Index for August (less important because it is older data). Prices changed from an annualized rate of 6.0 percent to a rate of 5.8 percent. That’s good for rates but did not have much effect.

Interest rates have been rising overall for some time. And today, the program you want may be in your strike zone. If closing soon, grab it. This week is very active and busy and floating may be a high risk/reward situation.

In a rising rate environment, the decision to lock or float becomes complicated. Obviously, if you know rates are rising, you want to lock in as soon as possible. However, the longer your lock, the higher your upfront costs. If you are weeks away from closing on your mortgage, that’s something to consider. On the flip side, if a higher rate would wipe out your mortgage approval, you’ll probably want to lock in even if it costs more.

This week will be very busy from the very beginning, with many economic reports to digest as well as pre-election jitters and Twitters.